We have reviewed hundreds of gold and copper projects in South America but have only selected the few that meet our demanding criteria with open high-grade mineralisation, clear upside and compelling drill targets.

Our projects are located at moderate altitudes in areas of good infrastructure among supportive communities. With such exceptional projects Turmalina Metals is well poised for rapid discovery and growth.

Our focus is on tourmaline breccias, a deposit style characterized by high gold, silver, copper and molybdenum grades focused within breccia pipes that can exceed 1 km in vertical extent. These breccia pipes form in clusters providing considerable potential for resource growth, and we have consolidated our holdings over the large breccias clusters at both our projects.

Tourmaline breccias have been overlooked as primary targets by many explorers, largely due to the assumption that these breccias are markers for deeper porphyry mineralisation. Prior to acquisition our projects were held and developed by private companies, and as such our portfolio represents the introduction of new projects, new exploration paradigms and new regions into the public space. 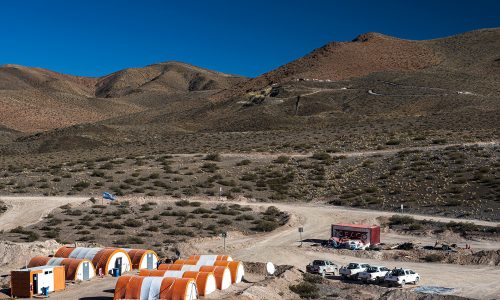 One of the highest-grade gold-copper tourmaline breccias ever discovered

The San Francisco de Los Andes breccia is one of the highest-grade tourmaline breccias ever discovered. Limited shallow drilling and channel sampling returned spectacular grades of 2-12 g/t gold and 0.3 to 3% copper over 20-40 m intervals. The mineralogy and geological setting indicates that only the top of the breccia pipe has been exposed, with excellent potential for growth at depth and laterally. Furthermore, San Francisco de Los Andes is only one of over 60 breccia bodies mapped to date on the property.

San Francisco is located in San Juan, Argentina: a pro-mining state which has defined Mining Development as a Key State Policy. San Juan is home to 12 mines in operation, 5 in construction and 20 in pre-feasibility/feasibility stage (Figure 1).The San Francisco project is located in arid hills on the eastern margin of the Andes mountain range at a moderate elevation of 2600m. The project has well-developed infrastructure, being located 24 km from high voltage powerlines and 30 km by unpaved road to the township of Villa Nueva. The local community of Calingasta (population 8000) supports the nearby Casposo gold mine (Austral Gold) and welcomes new exploration efforts in the region.

Intermittent small-scale mining at the San Francisco mine from 1941 to 1980 produced 2420 tons of material grading 6-7% copper and 1.43% bismuth. Compania Minera Aguilar evaluated the San Francisco mine in the 1980’s, through underground development, mapping, sampling and drilling. Intersections resampled by Turmalina Metals include:

Regional exploration in the 1990’s by Crown Resources, including geochemical sampling, IP and 5 shallow drill holes on regional targets, focused on evaluating the porphyry potential of the project, rather than the tourmaline breccias. Exploration by Petra during 2005-2008 included the drilling of 7 shallow holes, focused on testing porphyry and vein targets in the area. The best result for this drilling was 33m @ 0.7% Cu for a tourmaline breccia target in the north of the project area.

The geology of San Francisco consists of Late Permian diorite, granodiorite and quartz monzonite (the Colanguil Batholith) emplaced into the Carboniferous-Permian quartzites and shales of the Aqua Negra formation.  The Colanguil Batholith is part of a regional magmatic suite that is known to host porphyry-style copper and tourmaline breccia polymetallic mineralisation. Both the intrusions and the surrounding sediments are cut by tourmaline breccia pipes, quartz veins, andesite dykes and rhyolite dykes.

Mineralisation at the project is hosted in both numerous copper-gold-silver-molybdenum-lead-zinc-bismuth mineralised tourmaline breccia pipes, and in gold-silver-copper mineralised quartz veins. The top 20-40 meters of the breccia pipes are typically oxidised and leached, with an underlying 20 to 40m thick supergene zone and deeper primary sulphide mineralisation. At the San Francisco mine the primary breccia is composed of quartzite clasts set in a 5 to 30% tourmaline-quartz-pyrite-arsenopyrite-chaclopyrite-galena-sphalerite matrix.

Exploration by previous companies has identified over 60 tourmaline breccia on the property, many of them unsampled. Our first stage of exploration at the project aims to systematically map, sample and prioritize these breccias, while extending mineralisation at the San Francisco breccia pipe.

Tourmaline breccia pipes are typically characterized by an ‘inverted carrot’ geometry, with diameter increasing with depth, and individual pipes can have vertical extents in excess of 1500m. The geology and morphology of the San Francisco breccia suggests the exposed breccia is located at the very top of a breccia pipe, with the probable extension at depth presenting a compelling drill target to be tested by Turmalina Metals. 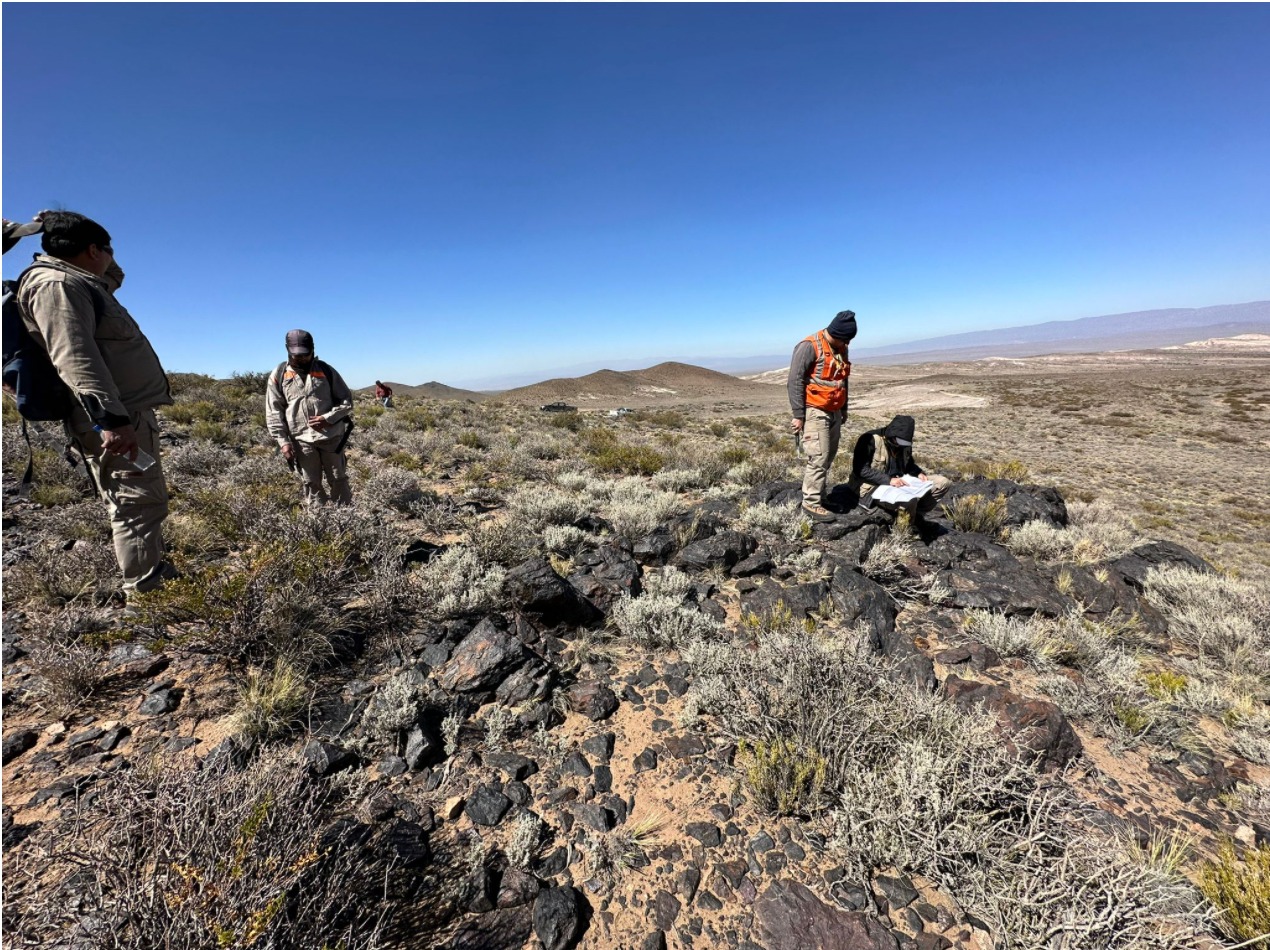 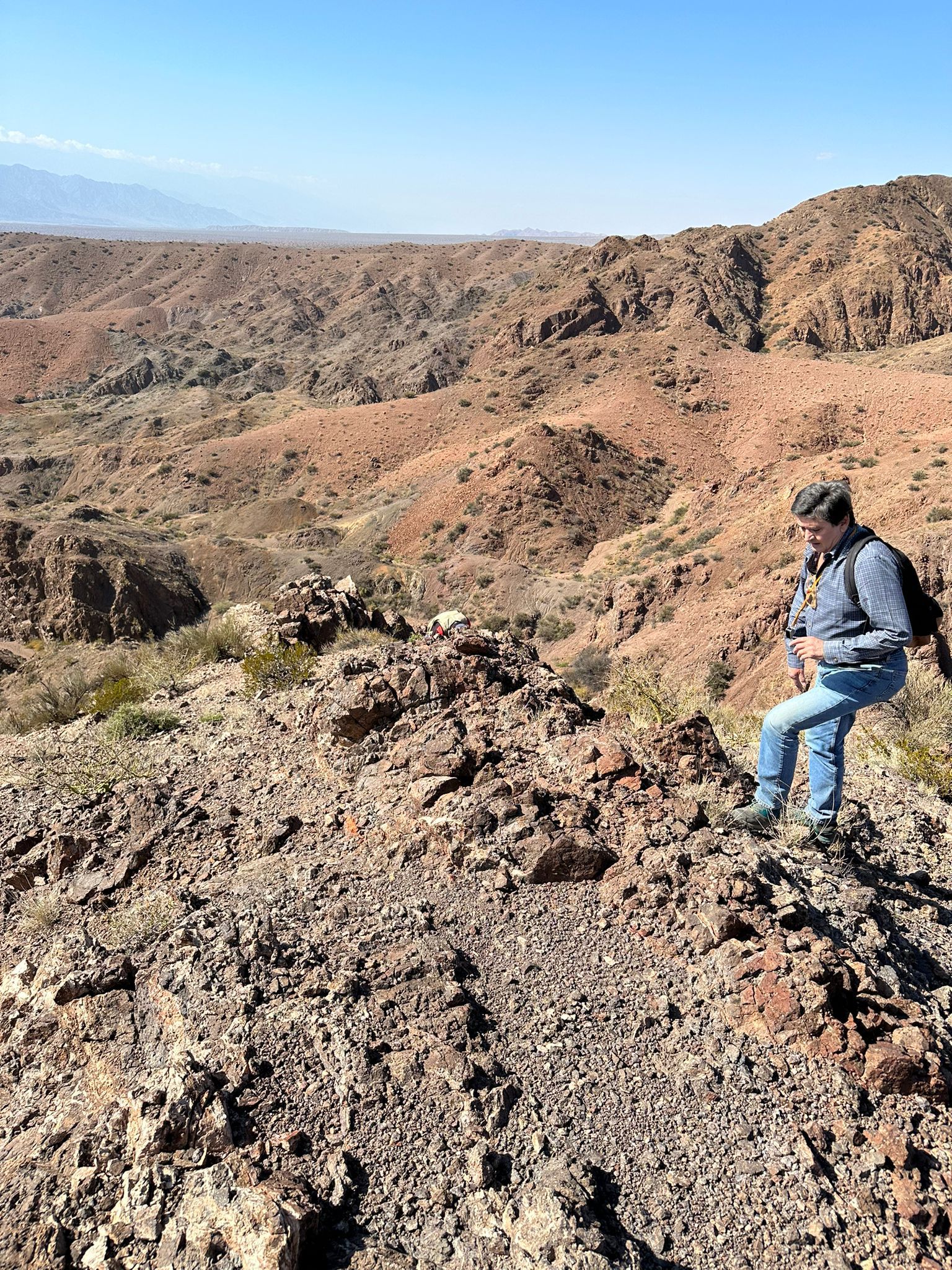 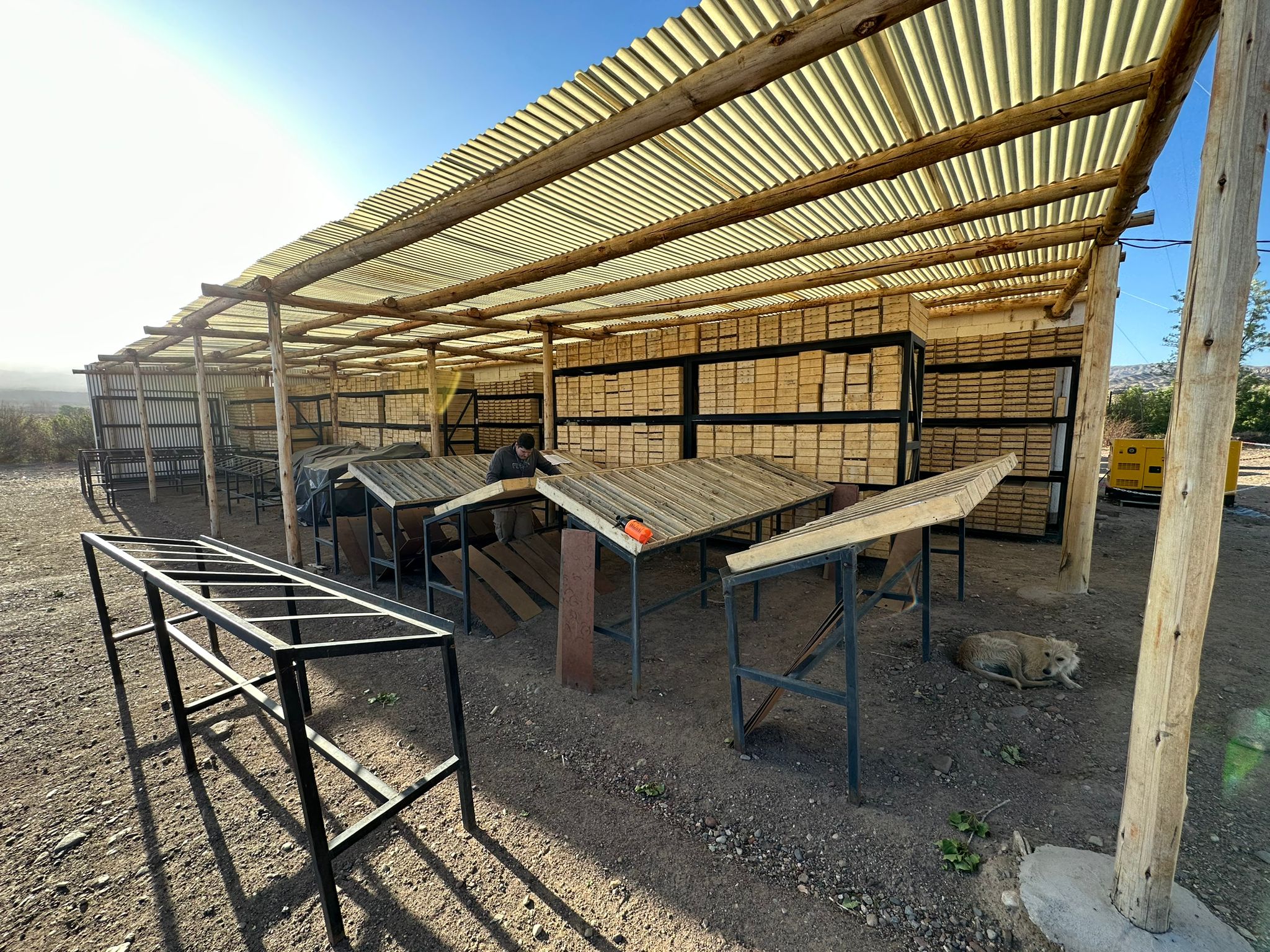 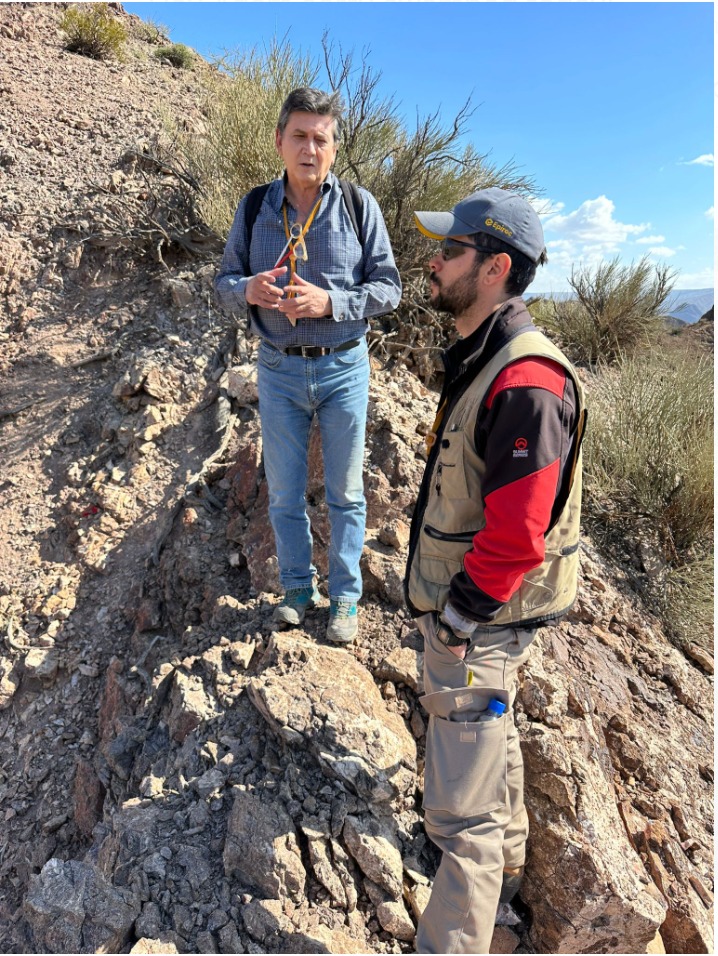 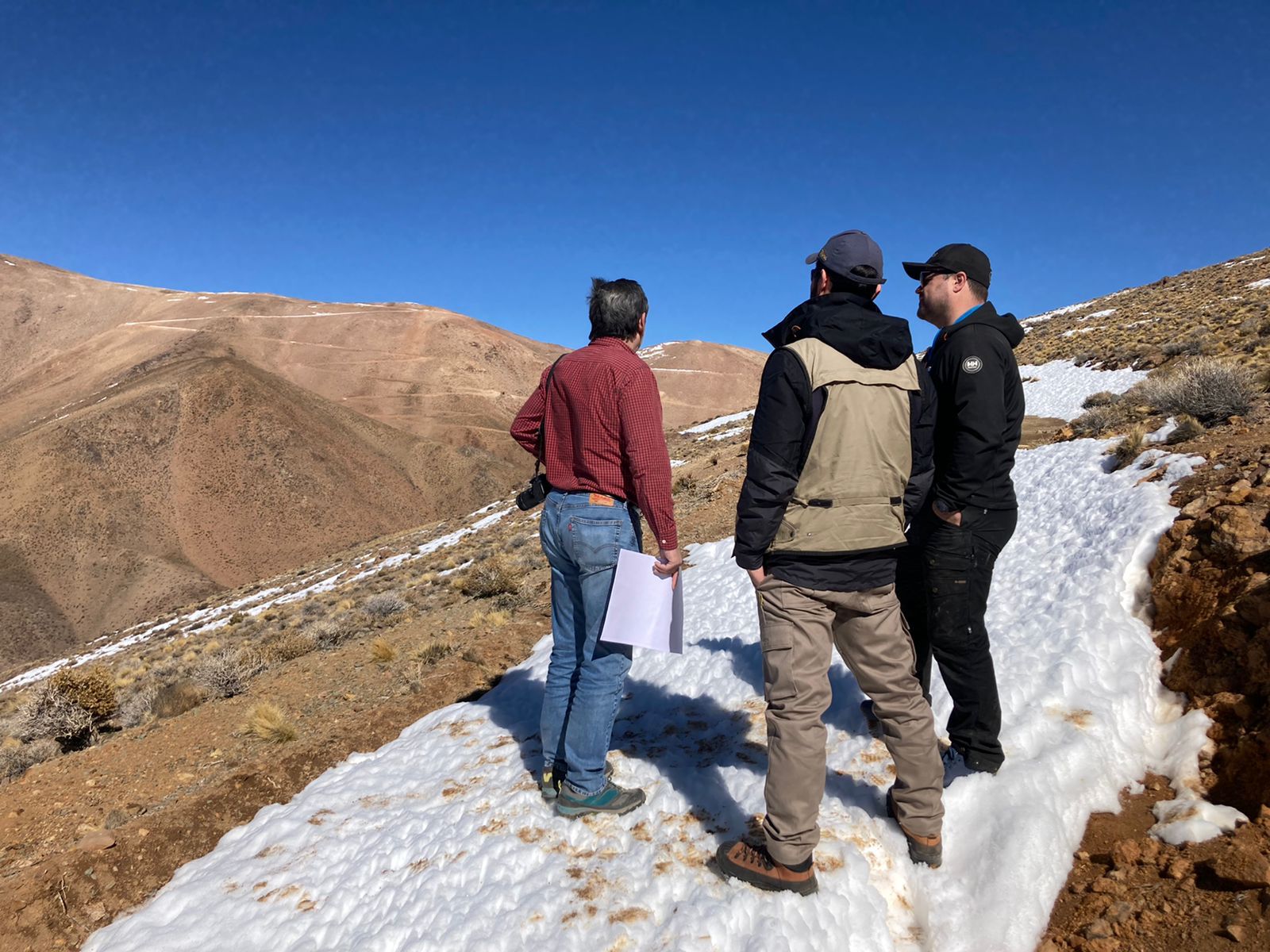 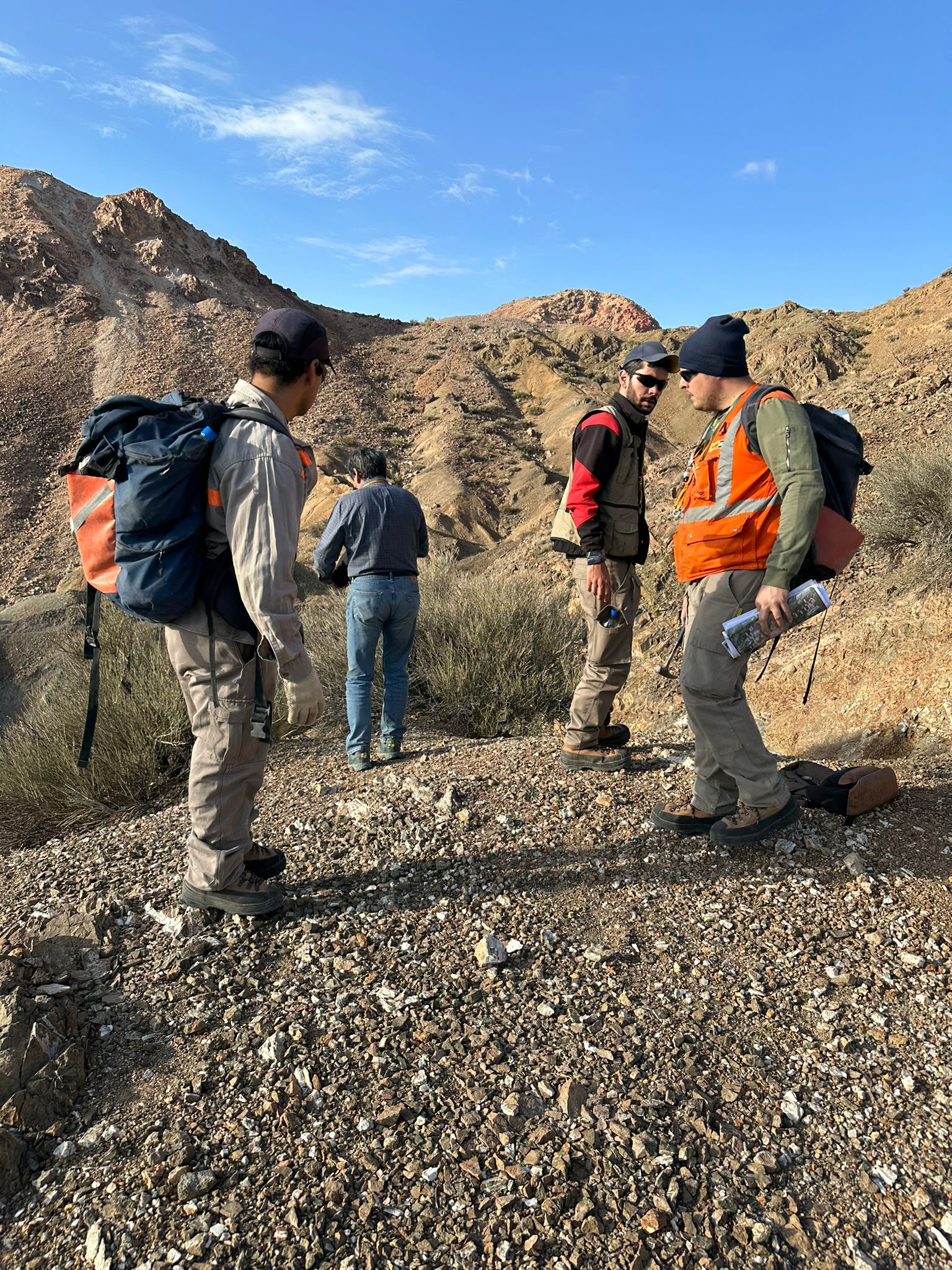 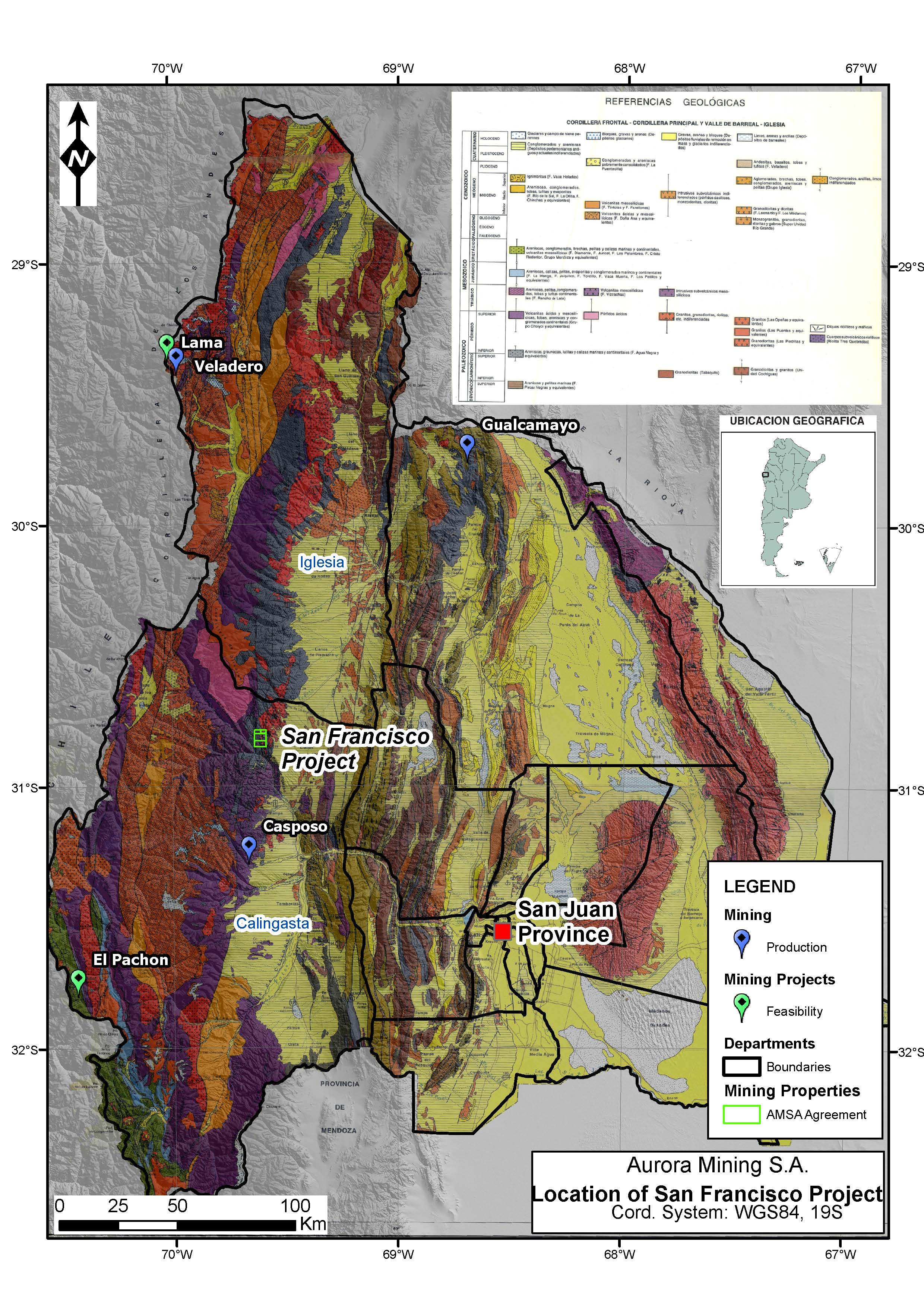 San Francisco is located in the mining friendly state of San Juan.
View 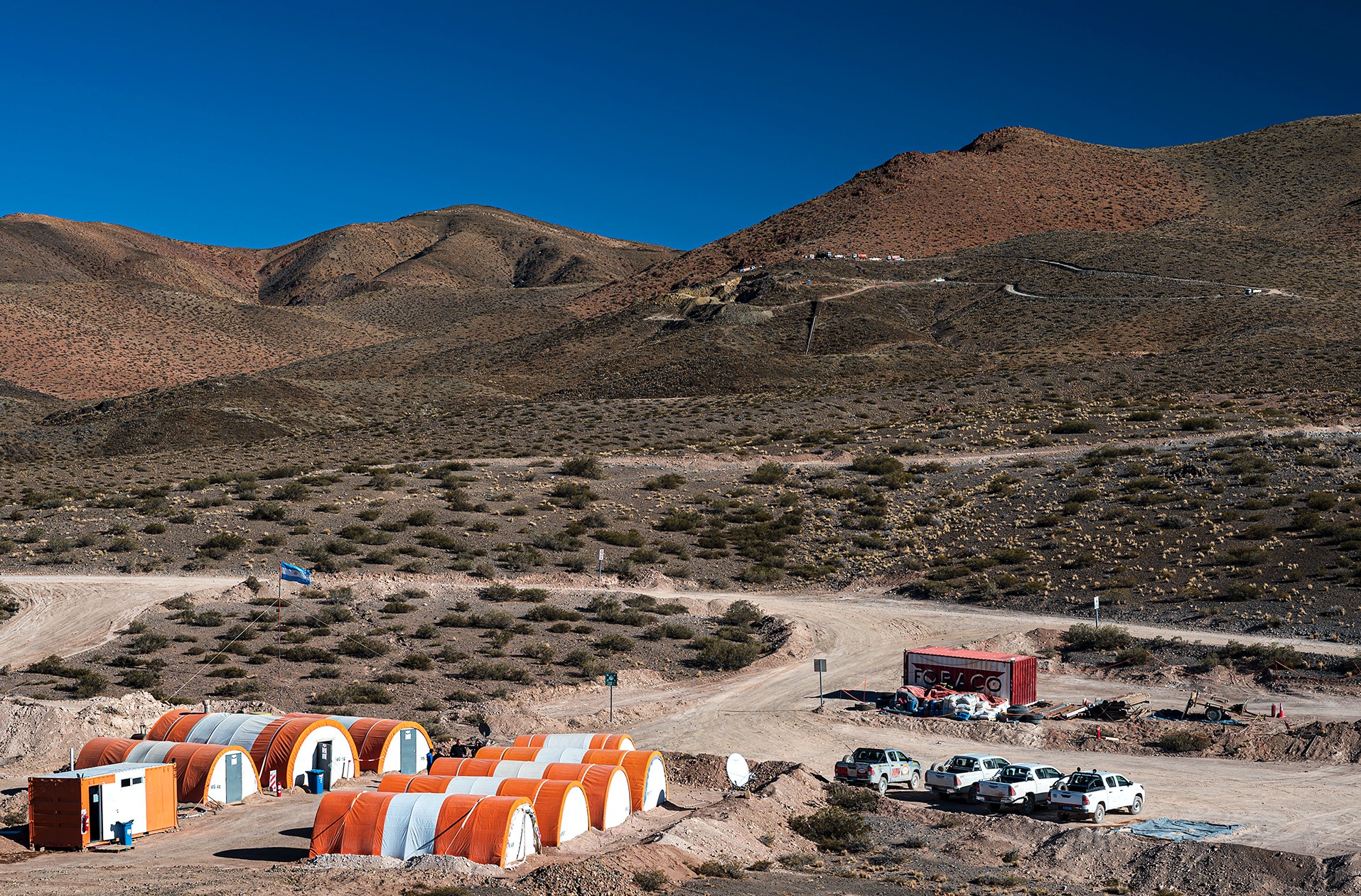 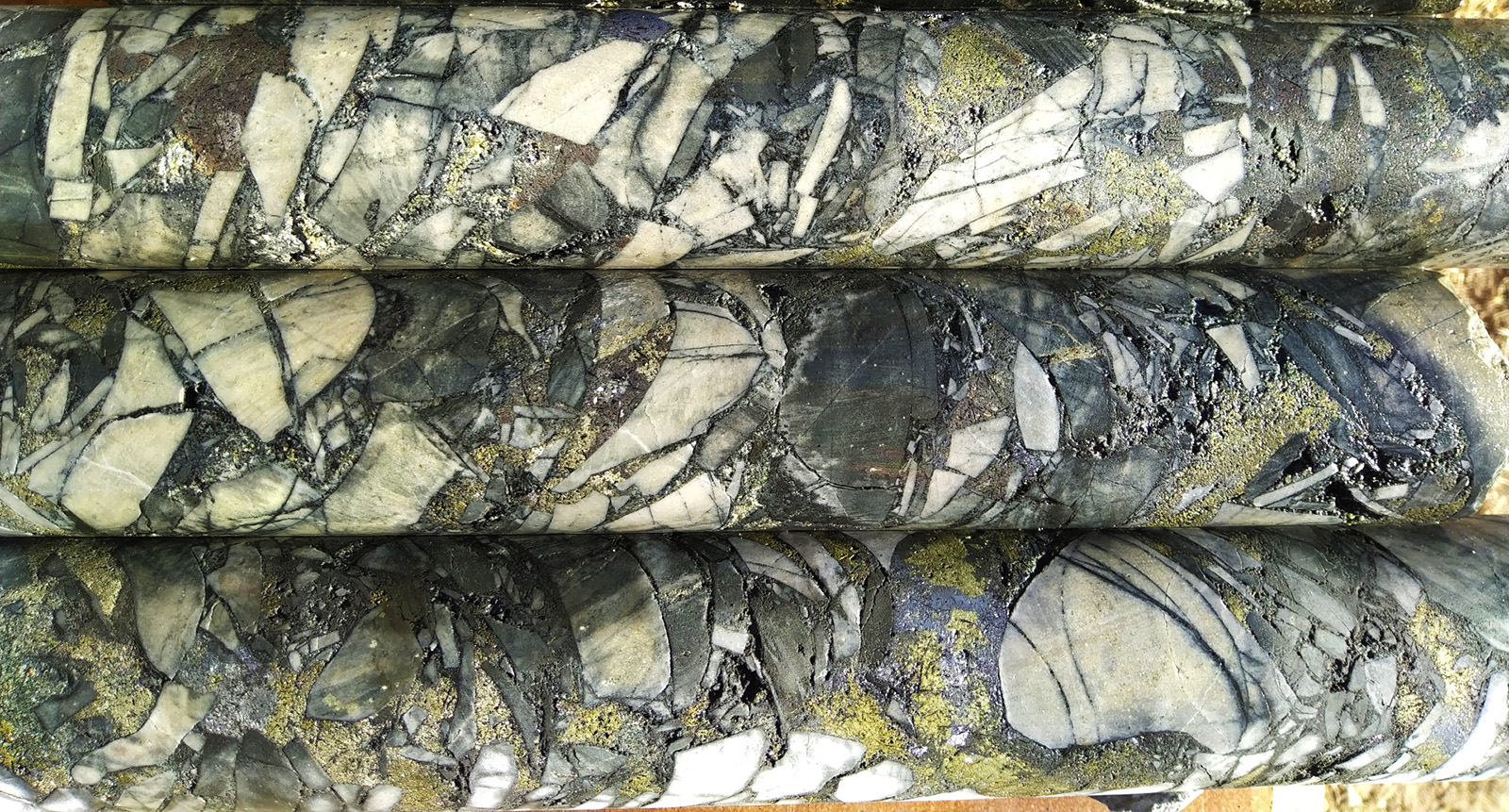 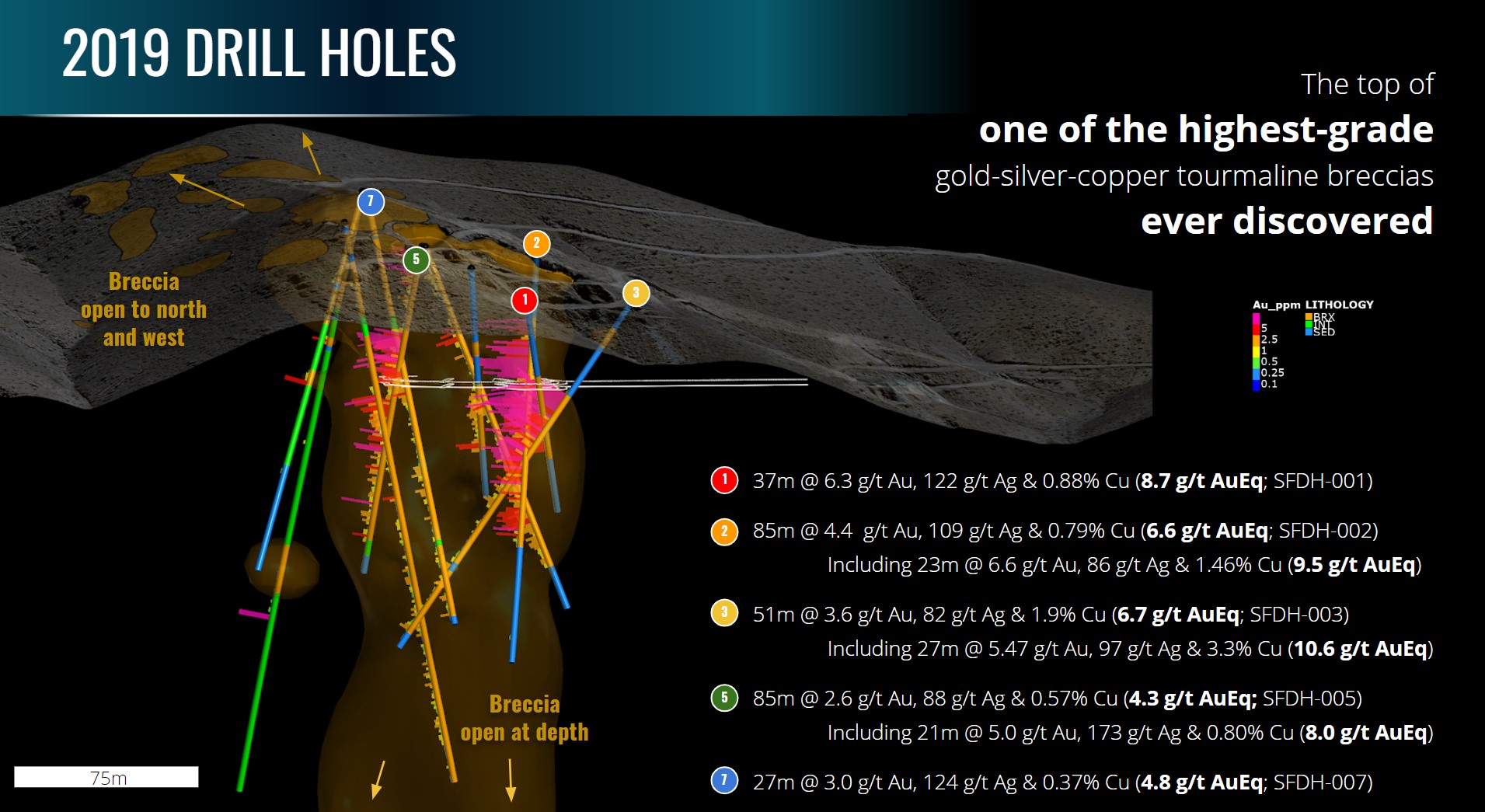 3D projection of Turmalina Metals drilling at the San Francisco de Los Andes breccia pipe with intersections. Mineralisation remains open to the north, to the west and at depth.
View 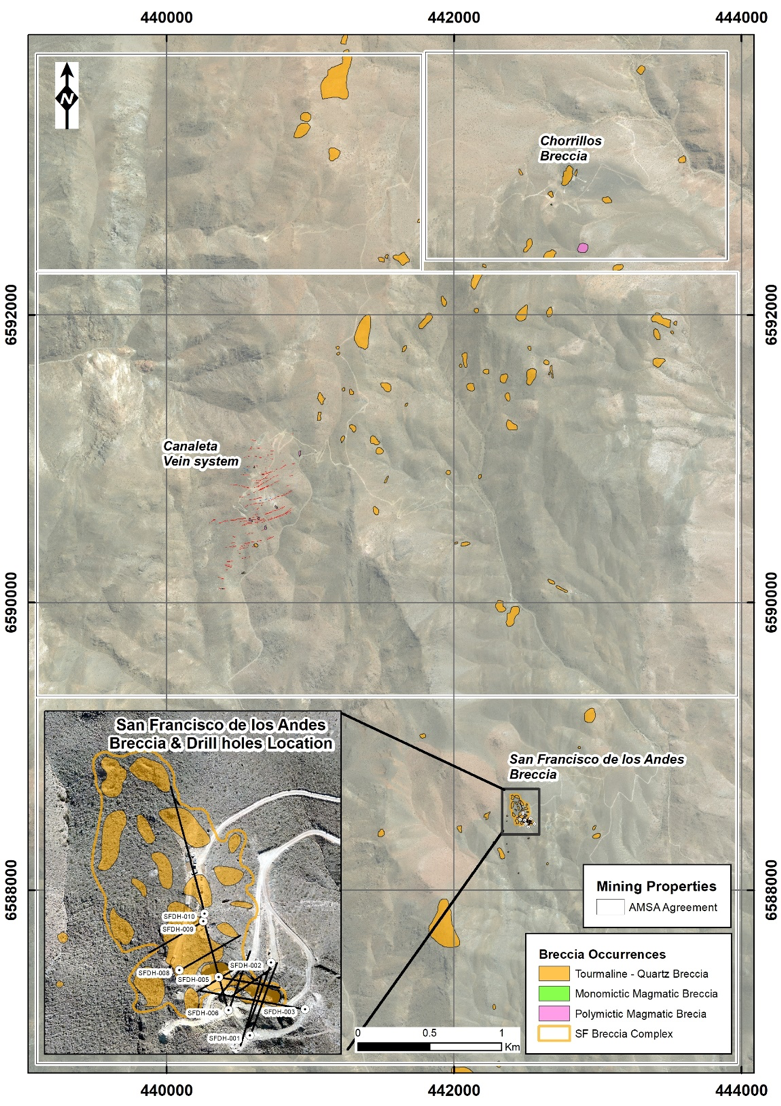 San Francisco tenements with main breccia locations. To date over 60 tourmaline breccias have been mapped in the project area. Drilling at San Francisco de Los Andes has focused on the south-east corner of a composite breccia body.
View 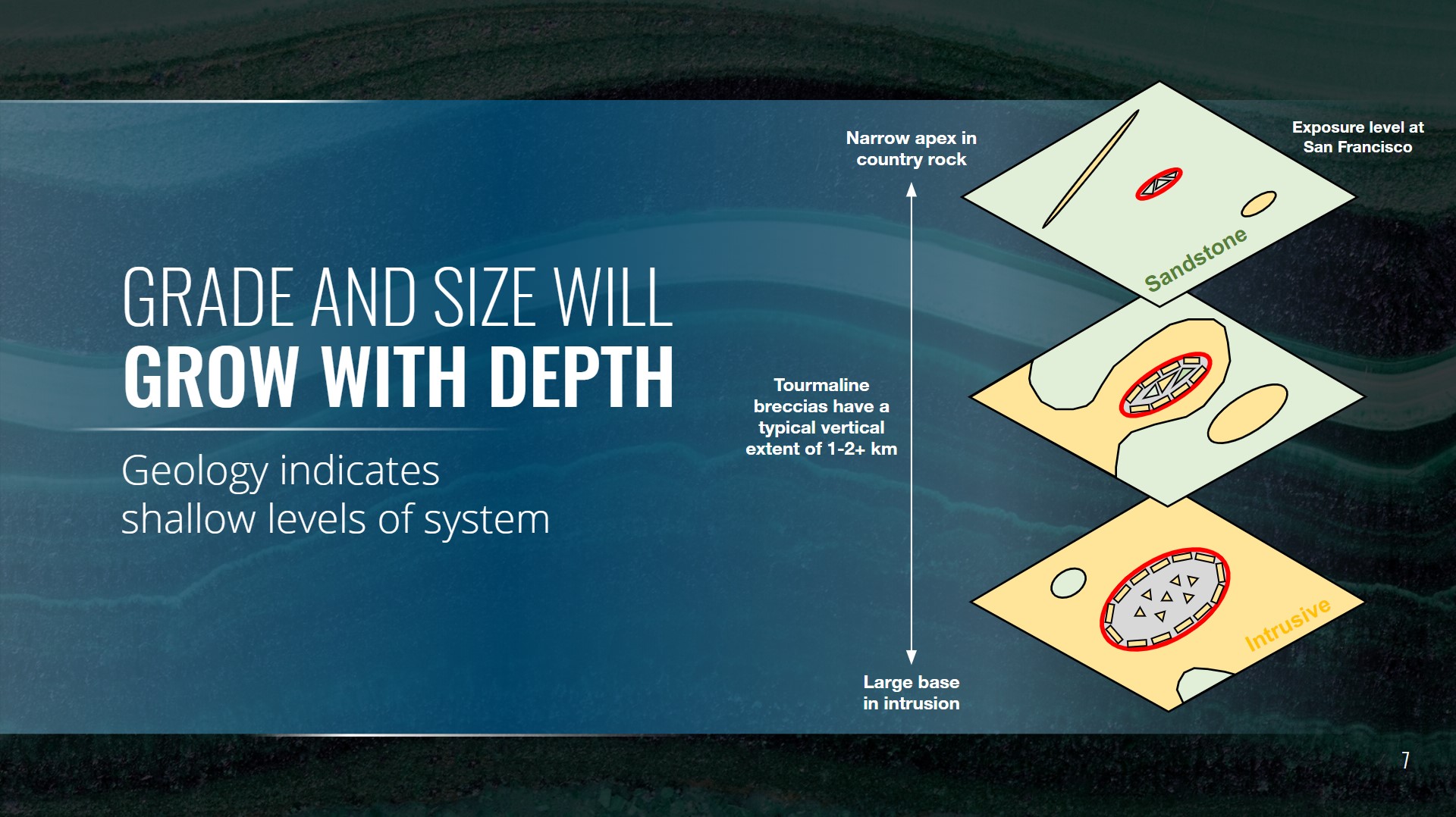 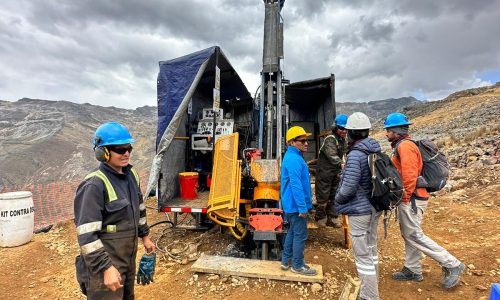 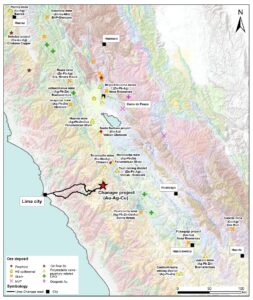 The project is situated 24km away via unpaved road from San Damian village, where Local Community of Checa is based and with whom Aurora Copper Perú has a registered agreement for use and ease of the land where Chanape Project is located.

The Chanape area has been explored since the colonial period, but extensive exploration and small-scale mining development began in 1950. The most recent exploration program including drilling was completed by High Ridge (2007-2009),who drilled 10 holes (2,352m) and Inca Minerals Limited (2010-2015), with 33 holes and a total of 9,746m. Aurora Copper Peru/Turmalina Metals Corp.’s reviewed the data available in 2019, and in 2020 signed an exploration agreement with an option to purchase for the property. Best results obtained in the property so far are intersections in high grade Cu-Au-Ag quart tourmaline breccias that included: a mineralization that included:

These intersections shows several strongly copper-gold-silver mineralised tourmaline breccia pipes that are clustered around large copper-molybdenum mineralised intrusions. High grade mineralisation in all these breccias remains open along strike and at depth. Two historic holes drilled into the ~1.5 km by 0.75 km wide mineralised intrusive body (the “Chanape Igneous Complex”) in the centre of the Chanape breccia cluster intersected broad zones of moderate
copper-molybdenum mineralisation with grades typical of primary (‘hypogene’) porphyry mineralisation in Peru (i.e. Chanape Porphyry: 284m @ 0.32% Cu and 83 ppm Mo; CHDDH011). With only limited drilling into this intrusive complex there remains strong potential for the discovery of further mineralised intrusions.

In addition to the historic drilling the Company’s 2021 mapping program at the Project has so far identified over 20 tourmaline breccias, with at least six breccia pipes returning Cu-Au-Ag grades similar or better than surface grades at the historically drilled breccias or to those found thus far at the Company’s high-grade San Francisco project in Argentina (i.e. Chanape rock chips of up to 35 g/t Au and 89 g/t Ag in Cu-leached oxidised samples).

The prolific Central Peru belt, which extends to northern Peru, is paralleling the Pacific coast, roughly coinciding with the Andes Mountains and hosts several mines and projects. Au-Ag-Cu Chanape project occurs within the Miocene metallogenetic belt, like many Peruvian world-class deposits.

Typically, quartz-tourmaline breccia pipes can extend over 2 or 3 km in depth in a porphyry system: as in Rio Blanco – Los Bronces mine (Warnaars, F. et al 2005) and Cabeza de Vaca (Sillitoe and Sawkins, 1971) in Chile, and Cerro Verde mine (Quang, Ch. et al 2003) in Peru. 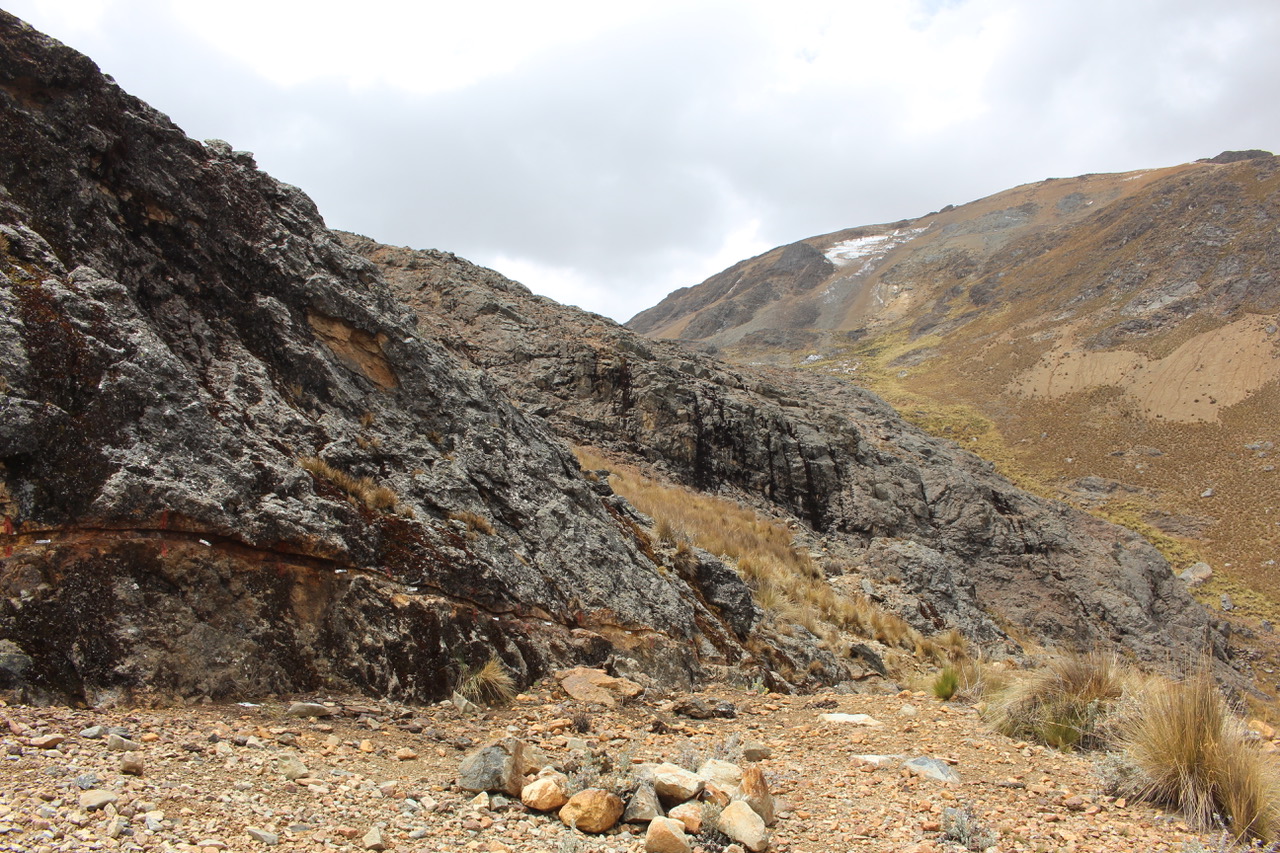 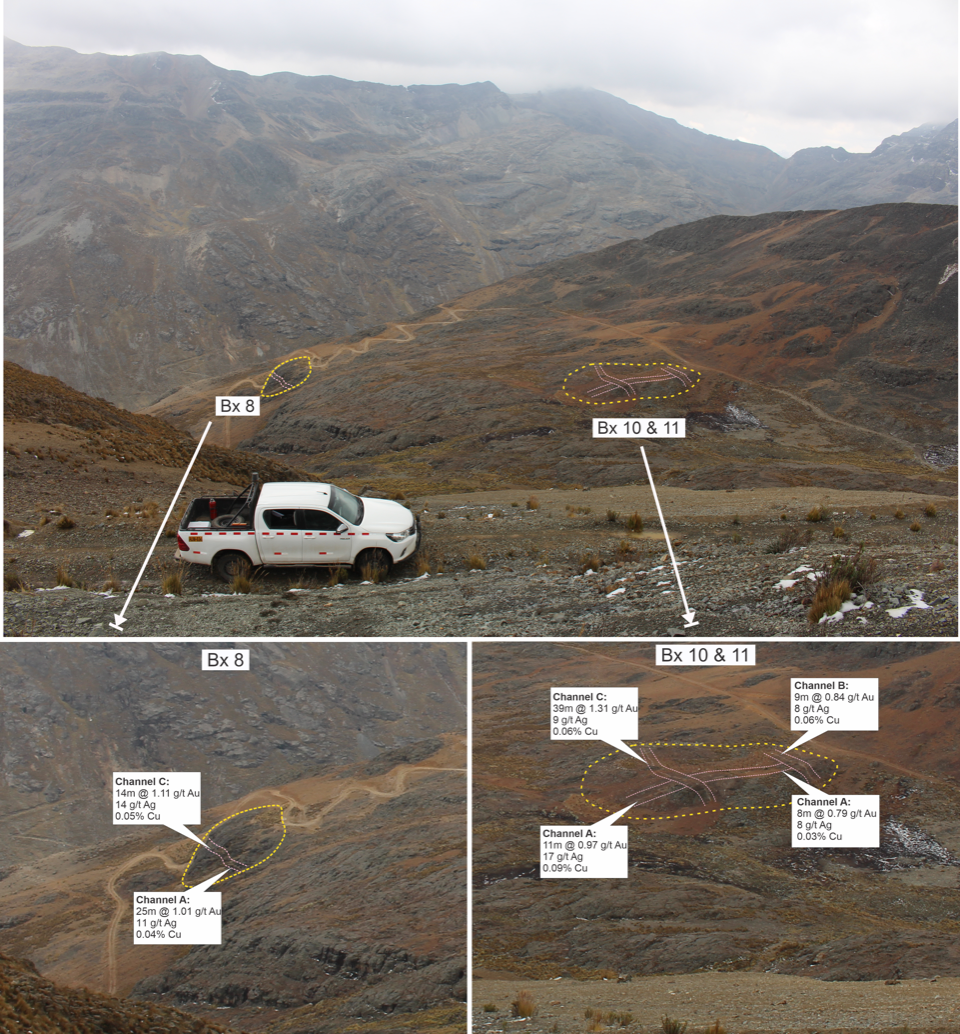 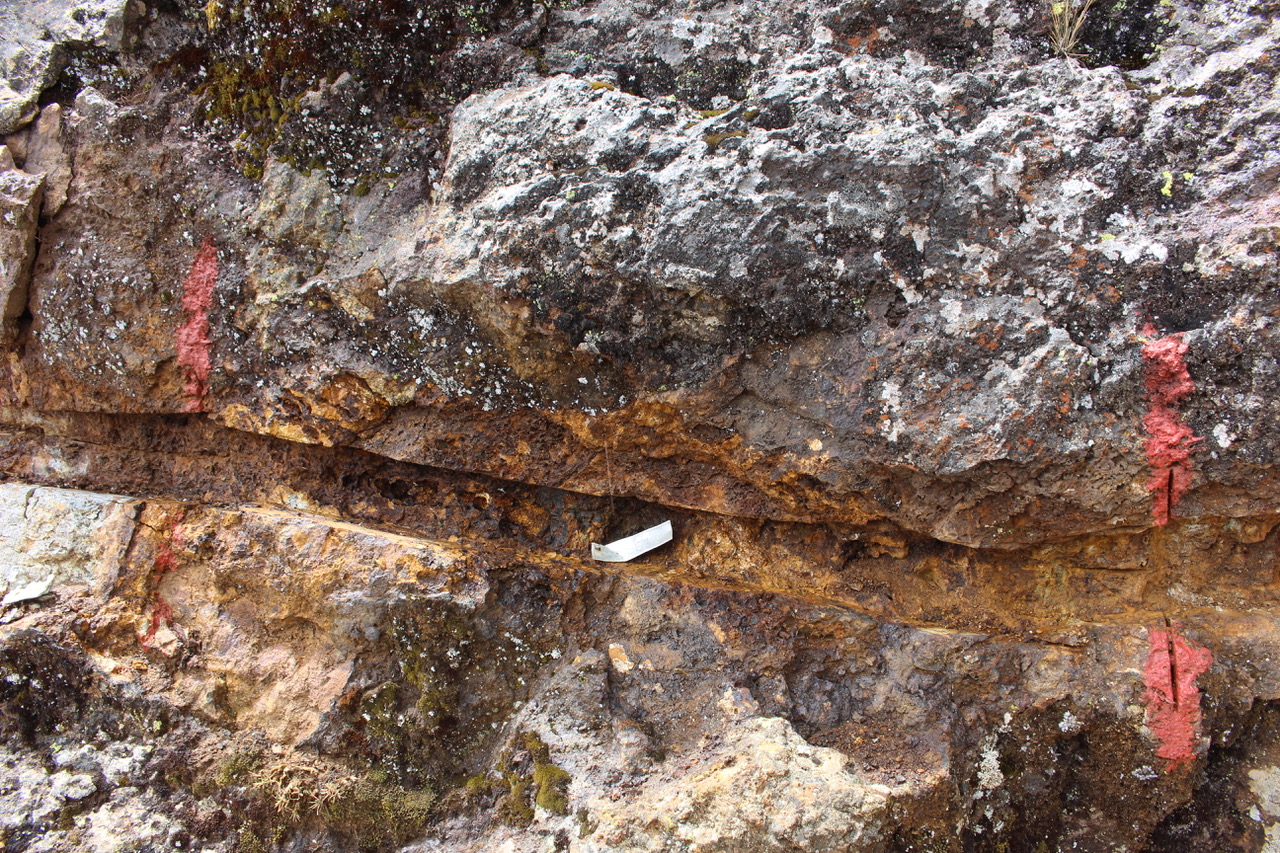 in qz-toumaline bx with iron ore oxides after sulphides
View 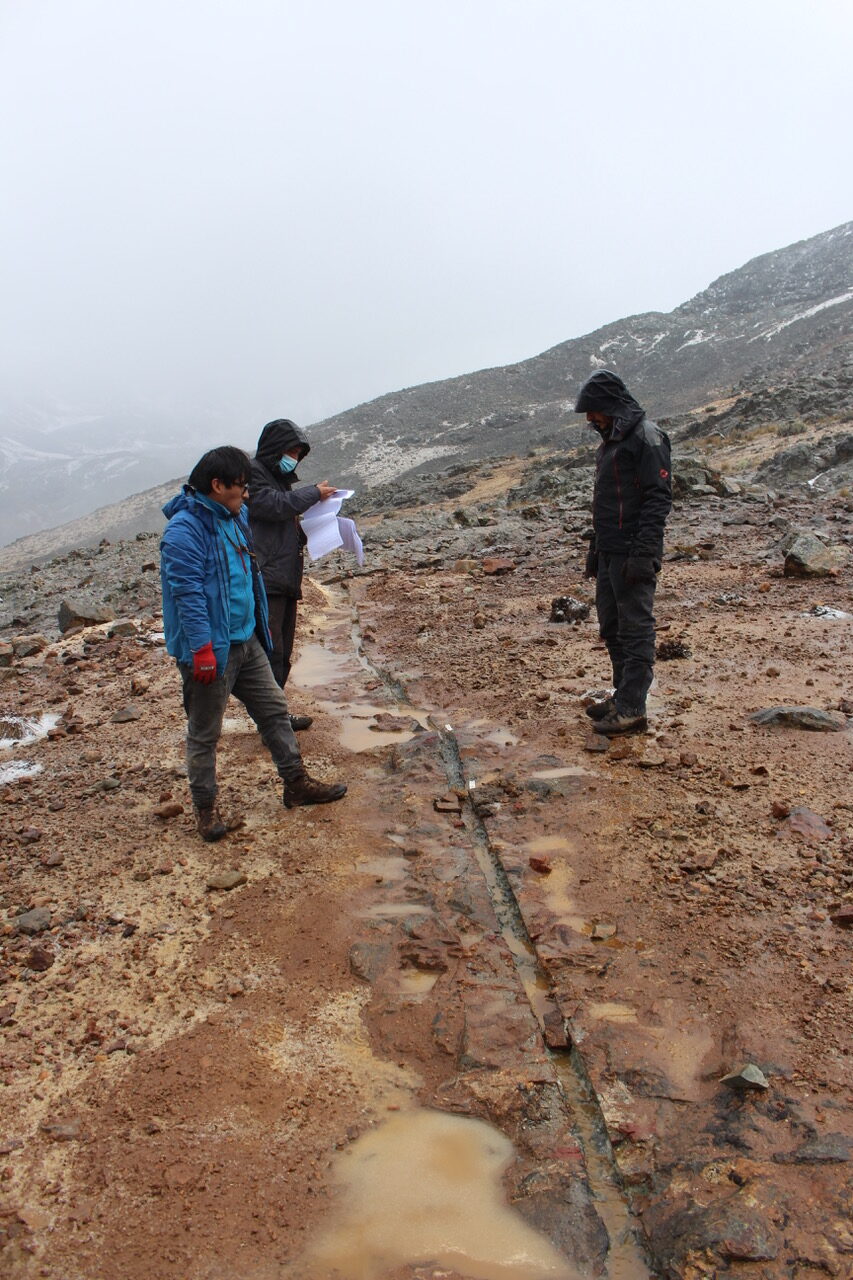 NE view over the Chanape Project.

The Project is located in moderately steep terrain at 3400 to 4980m altitude and is accessible from the town of San Damian (population 1200), located 24 km by unsealed road northwest of the project.
View 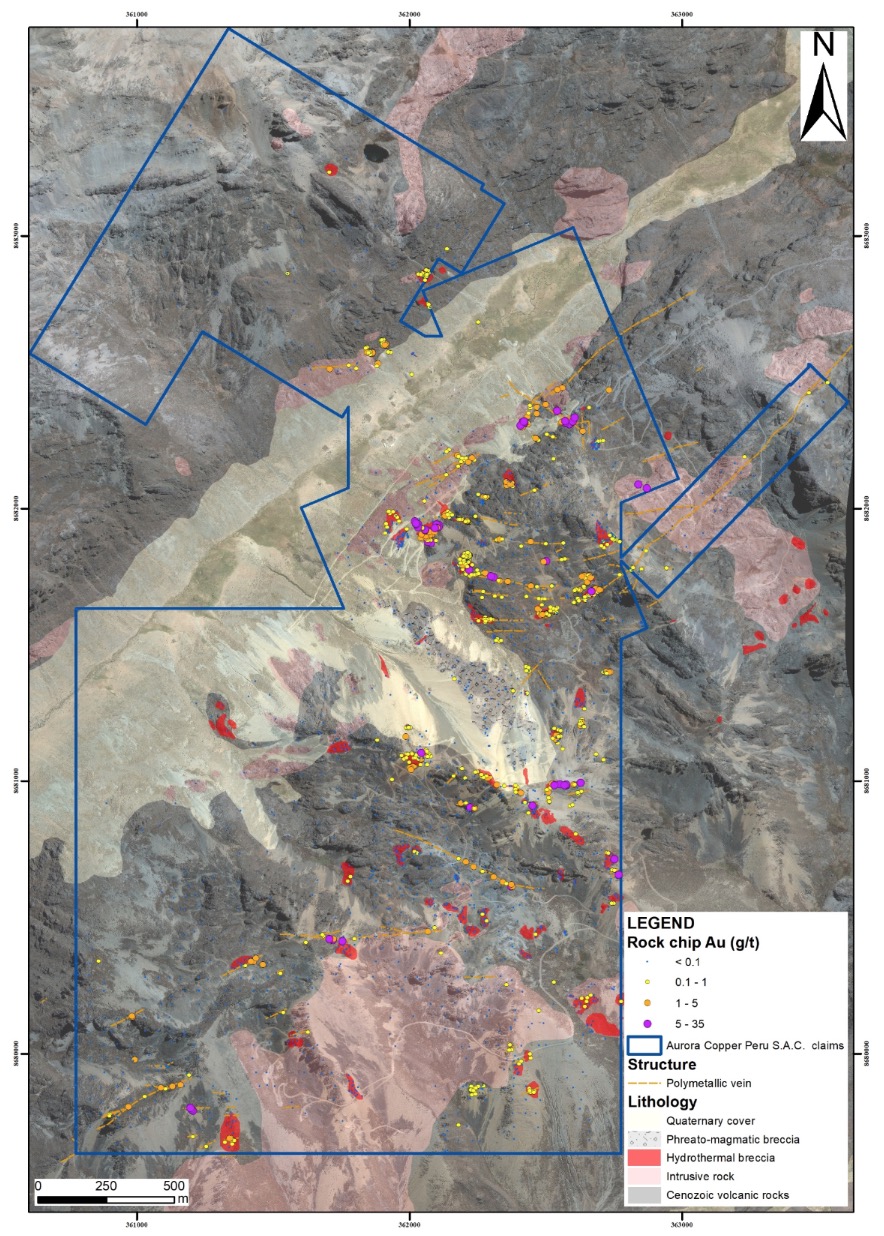 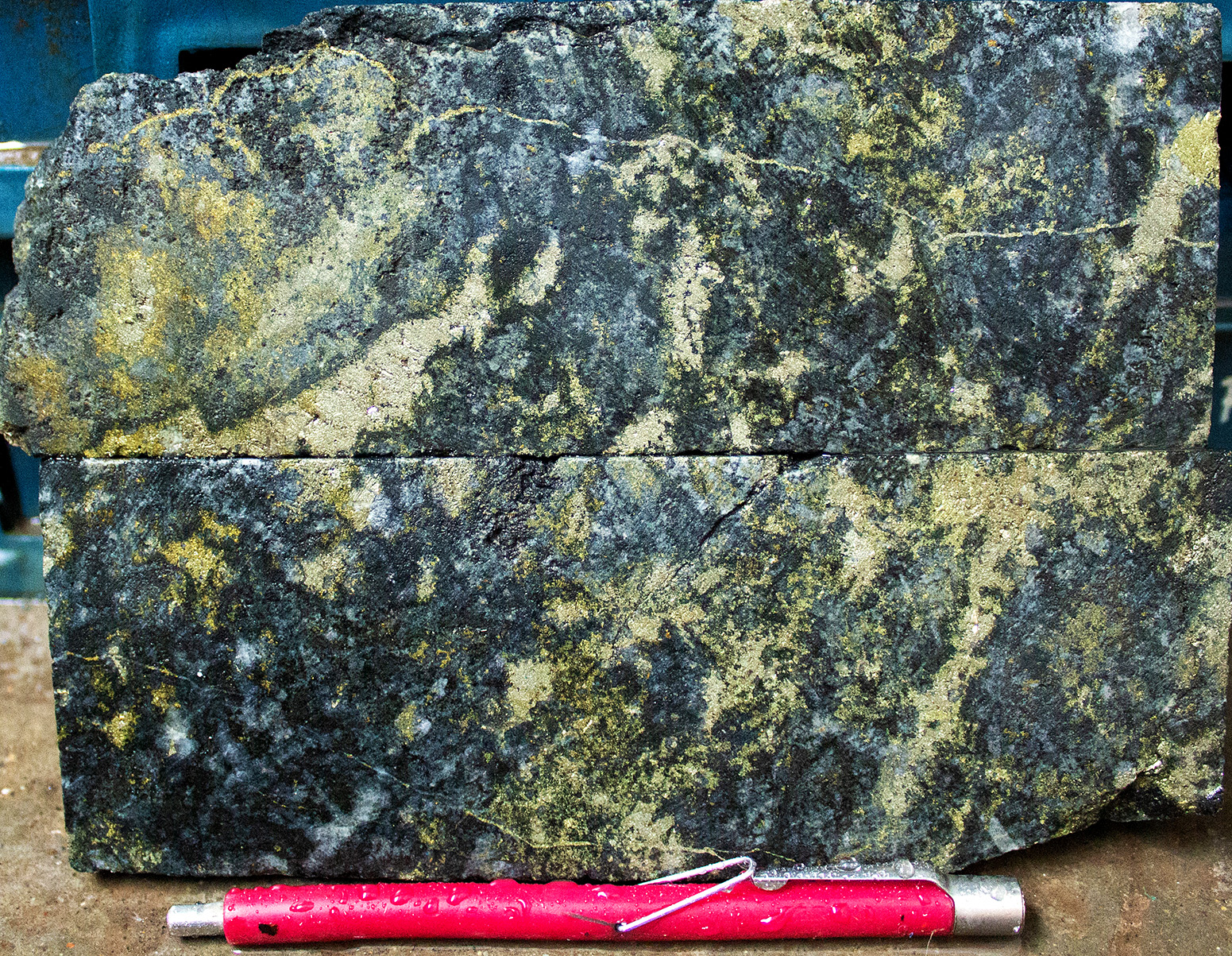 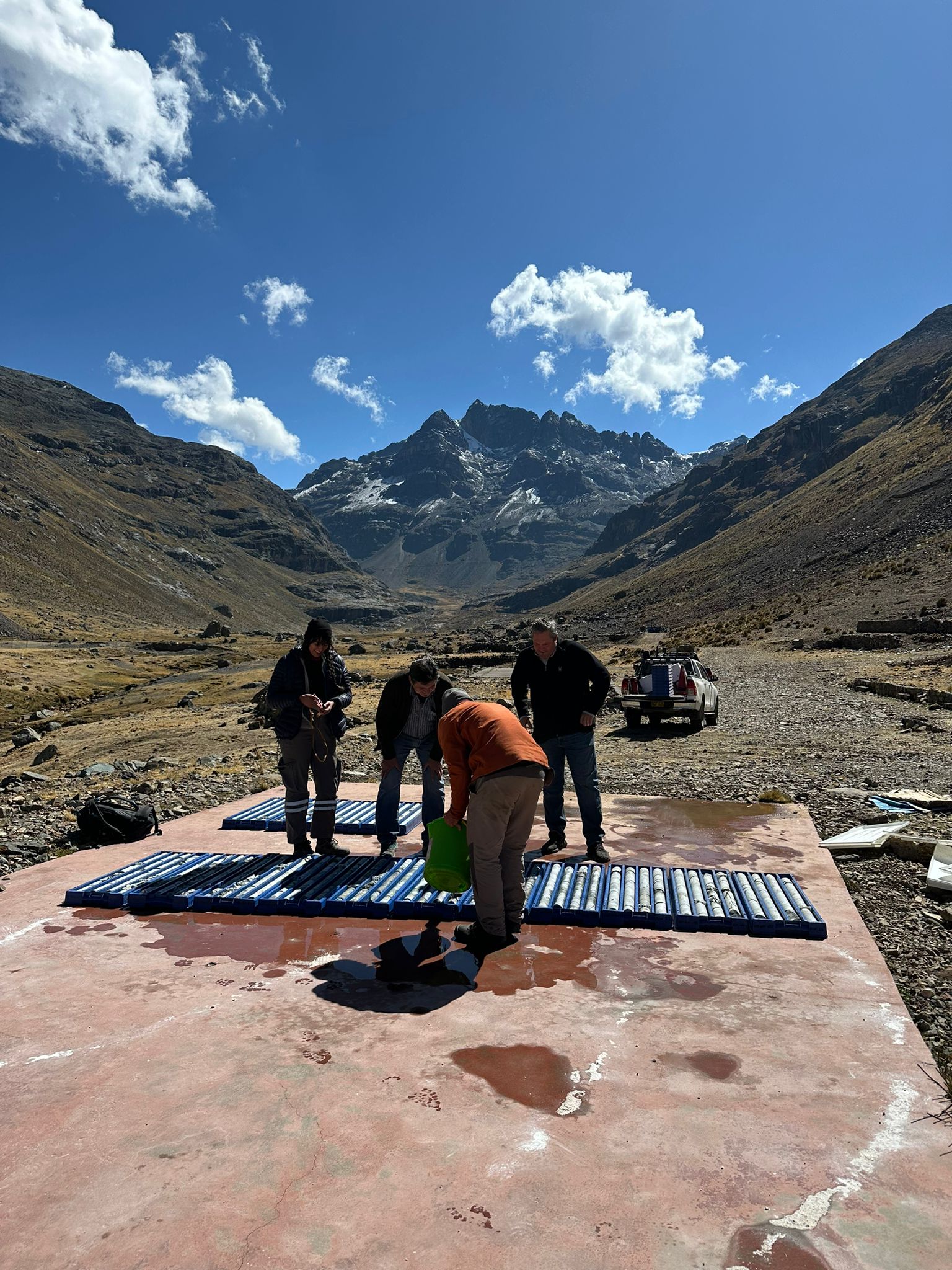 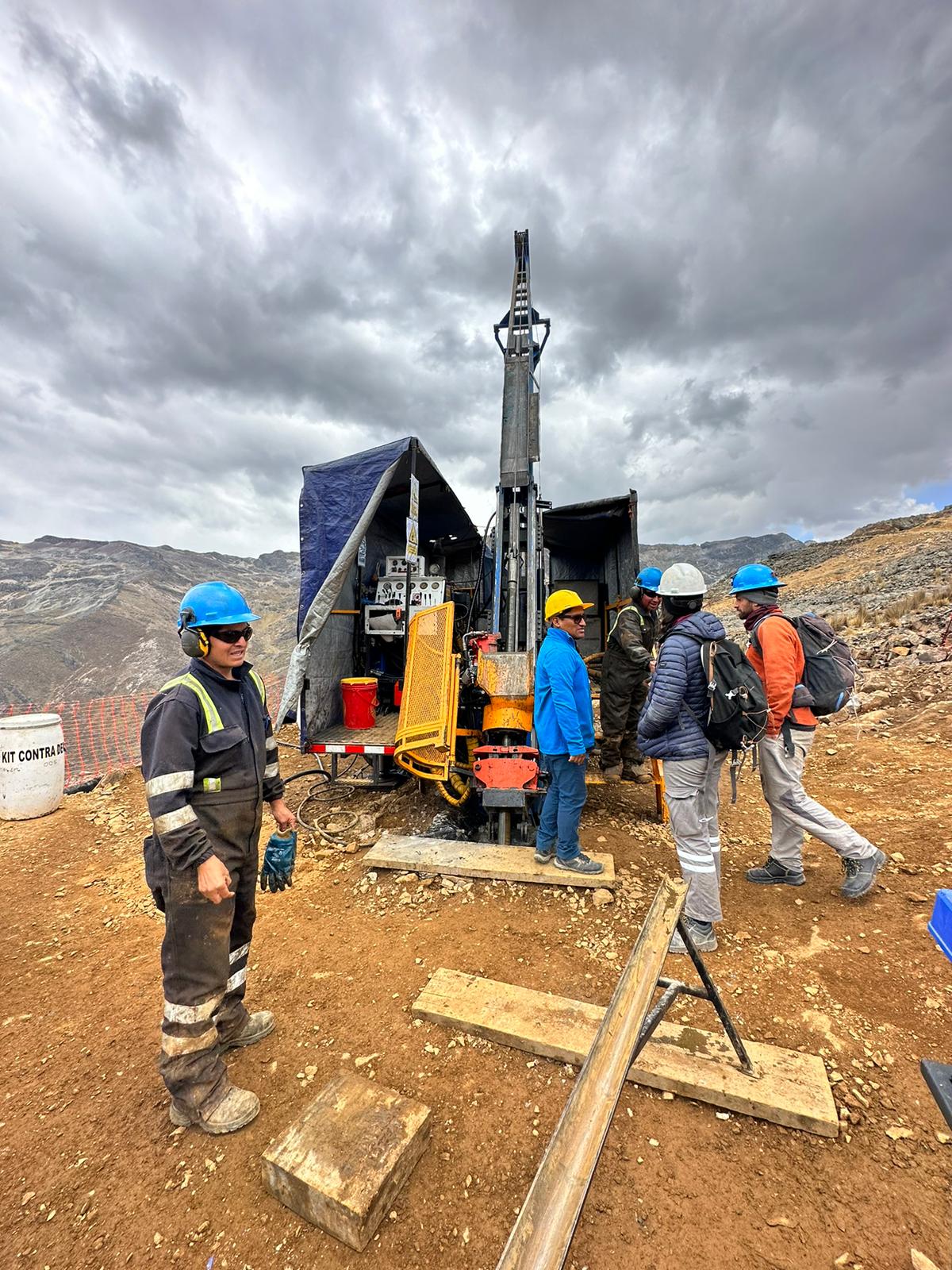 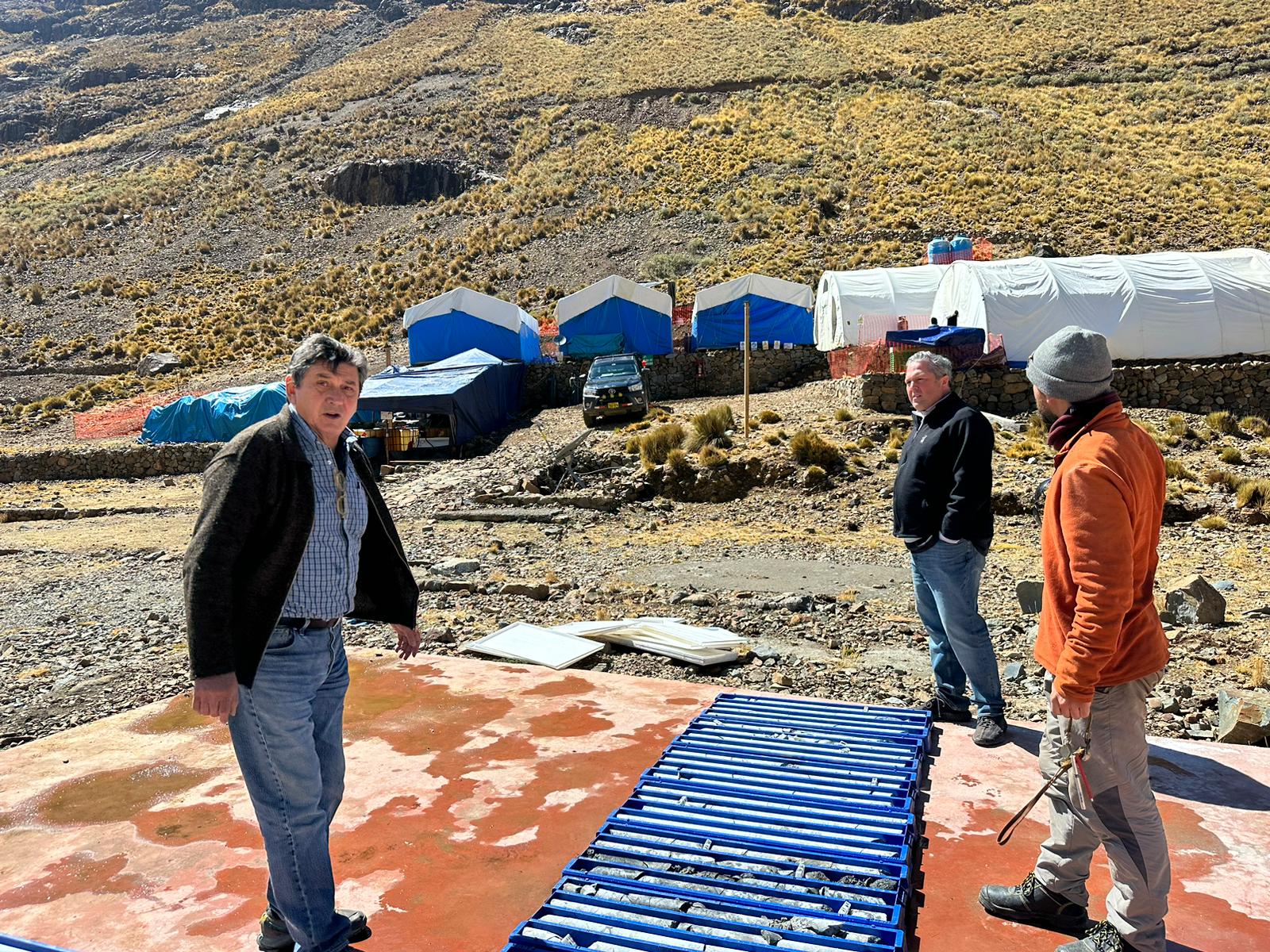 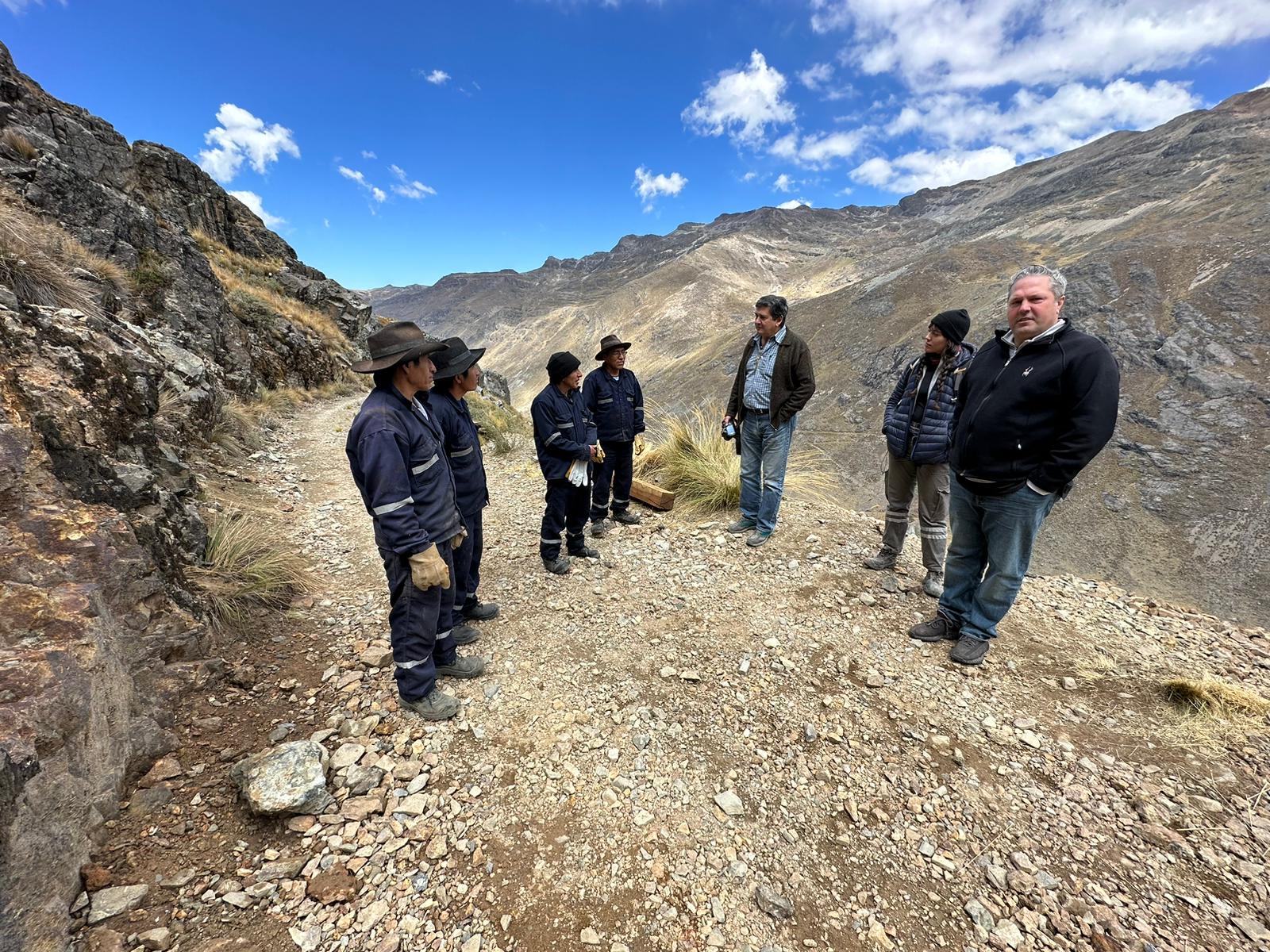